The procedure is composed of 7 steps: 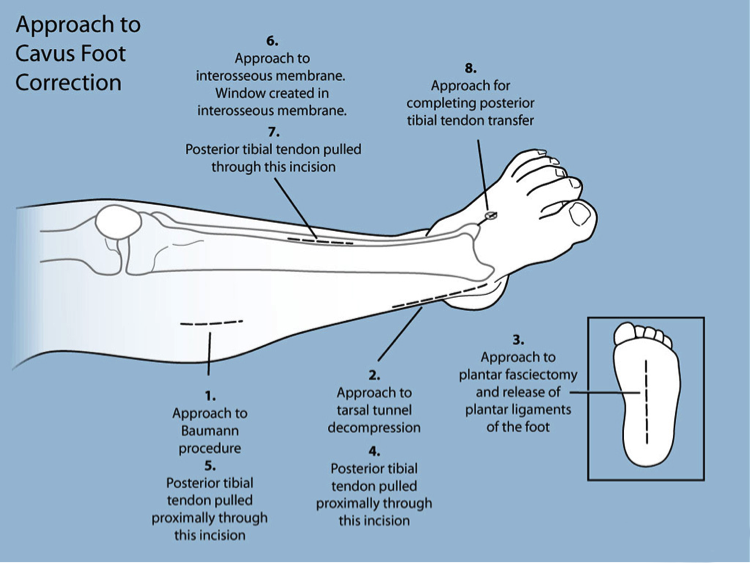 The first step is to perform a Bauman-procedure incision, approximately two finger’s length from the posterior (toward the back) edge of the tibia. This incision is at the junction of the gastrocnemius and soleus muscles. The area is carefully dissected in order to avoid damaging the saphenous vein and nerve. The gastrocnemius muscle is exposed and released. The ankle joint is dorsiflexed (pulled upwards) until normal range is achieved; this process is known as a Silfverskiøld test. 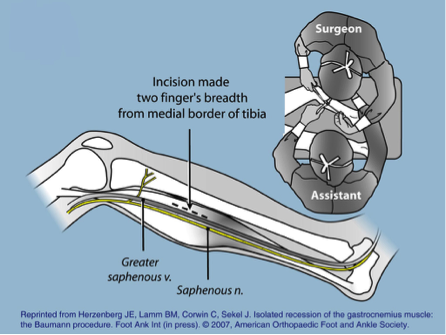 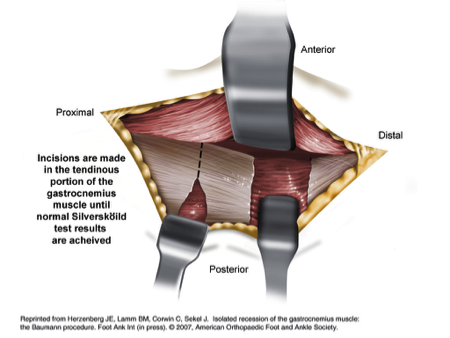 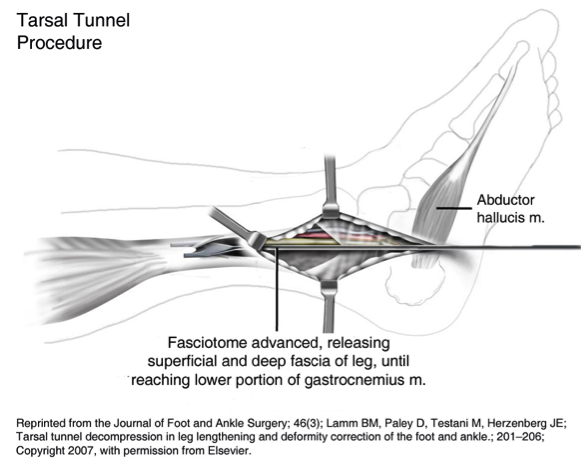 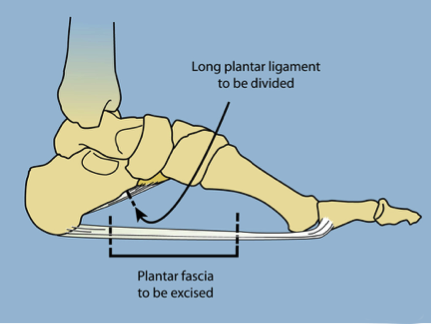 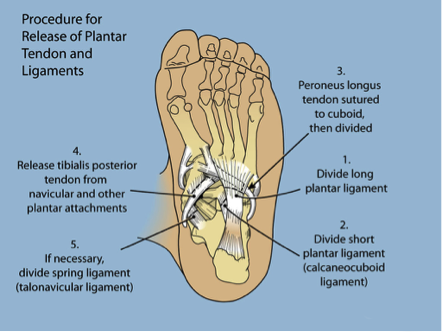 Patients with CMT often have weakness in the dorsiflexors of the foot, resulting in foot drop. The dorsiflexors are responsible for pulling the foot upwards. Contracture of the posterior tibial tendon is the force that results in weak dorsiflexion. This is corrected by transferring the posterior tibial tendon to the lateral cuneiform, a bone located at the outside of the foot near the toes. This is accomplished by first removing the tendon out of an incision at the side of the foot and passing it through the Bauman incision from step one. Another incision is made and the tendon is passed through the interosseous membrane, which lies between the tibia and the fibula. The tendon is passed through another incision at the foot and passed through a hole drilled in the lateral cuneiform. The tendon is secured in place at maximum tension with a bio-tenodesis screw. 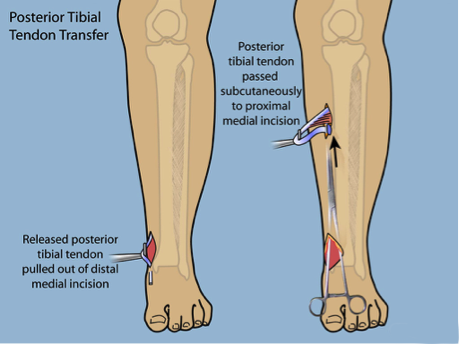 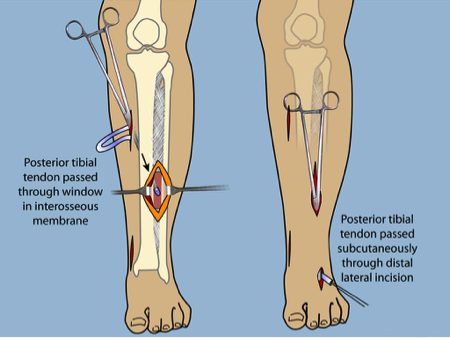 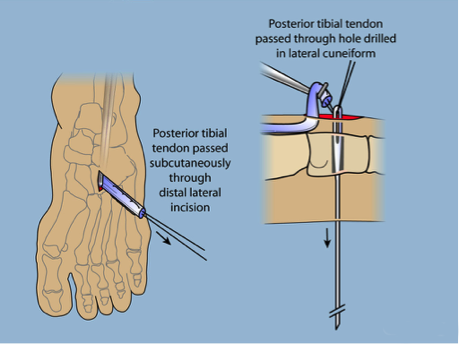 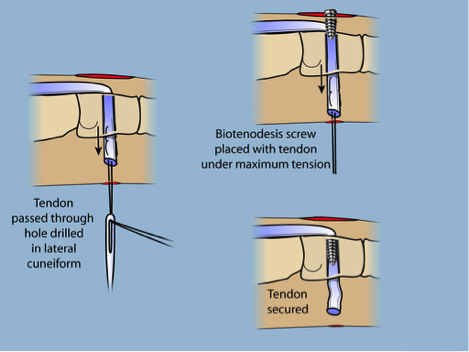 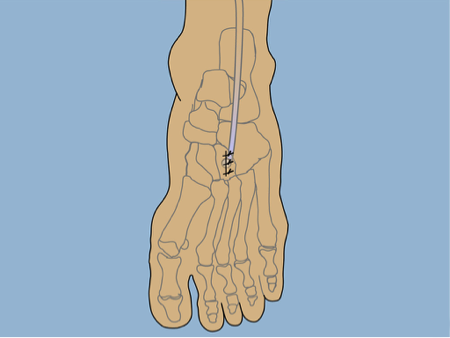 This procedure comprehensively addresses the cavovarus deformity of the foot. If there are significant clawtoe deformities, an extensor hallucis longus transfer can also be performed. This is known as a Jones procedure.